Terradise is a word coined by Ray Romine to express finding “heaven on earth” in the 18 acres that he and his wife Trella purchased from Marie Thomas in 1952. It had been a gift from Marie’s husband, Dr. Frank Thomas, who purchased it from Dr. Frederick Stengel in 1941. It was an odd-shaped piece of land that had never been developed and contained virgin trees and an abundance of wildflowers.

Trella learned from Frank Fields that generations of Claridon Township residents had used it as a favorite fishing and picnic spot because it was one of the few areas where the river was accessible from the road. She wanted to preserve this pristine area, mostly river bottomland, for the benefit of those who love the out-of-doors.

In 1988, Trella requested the Probate Court establish the Marion County Park District. Then she donated 12 acres on the left bank of the Whetstone River (Olentangy) as a gift from her and her children Kathi Sands and David Haldeman. She retained the six acres where she and Ray built their home in 1953. Tragically, Ray, a poet, artist and amateur lepidopterist passed away in 1954. In 2004, Ralph Boger donated an additional two acres to the park district. 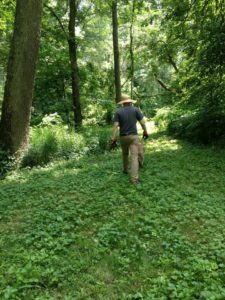 The lane now leading to the river was originally the Marion-Williamsport Road that forded the river at the bend. Men on horseback and in wagons crossed easily, but when the 1913 flood altered the course of the river, and automobiles were becoming common, the ford became impassible and the road was abandoned. Today this lane continues in a trail that circles Terradise and serves as the southern boundary of the nature preserve.

On her passing in February of 2013, her son David Haldeman continued the tradition of welcoming guests to tour the property at the annual Open Garden on the last Sunday in April or by appointment through the year.

The Romine Residence is now the centerpiece of the Terradise Nature Center, Inc., an Ohio Non-Profit Corporation for educational and research purposes. 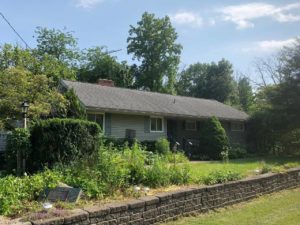